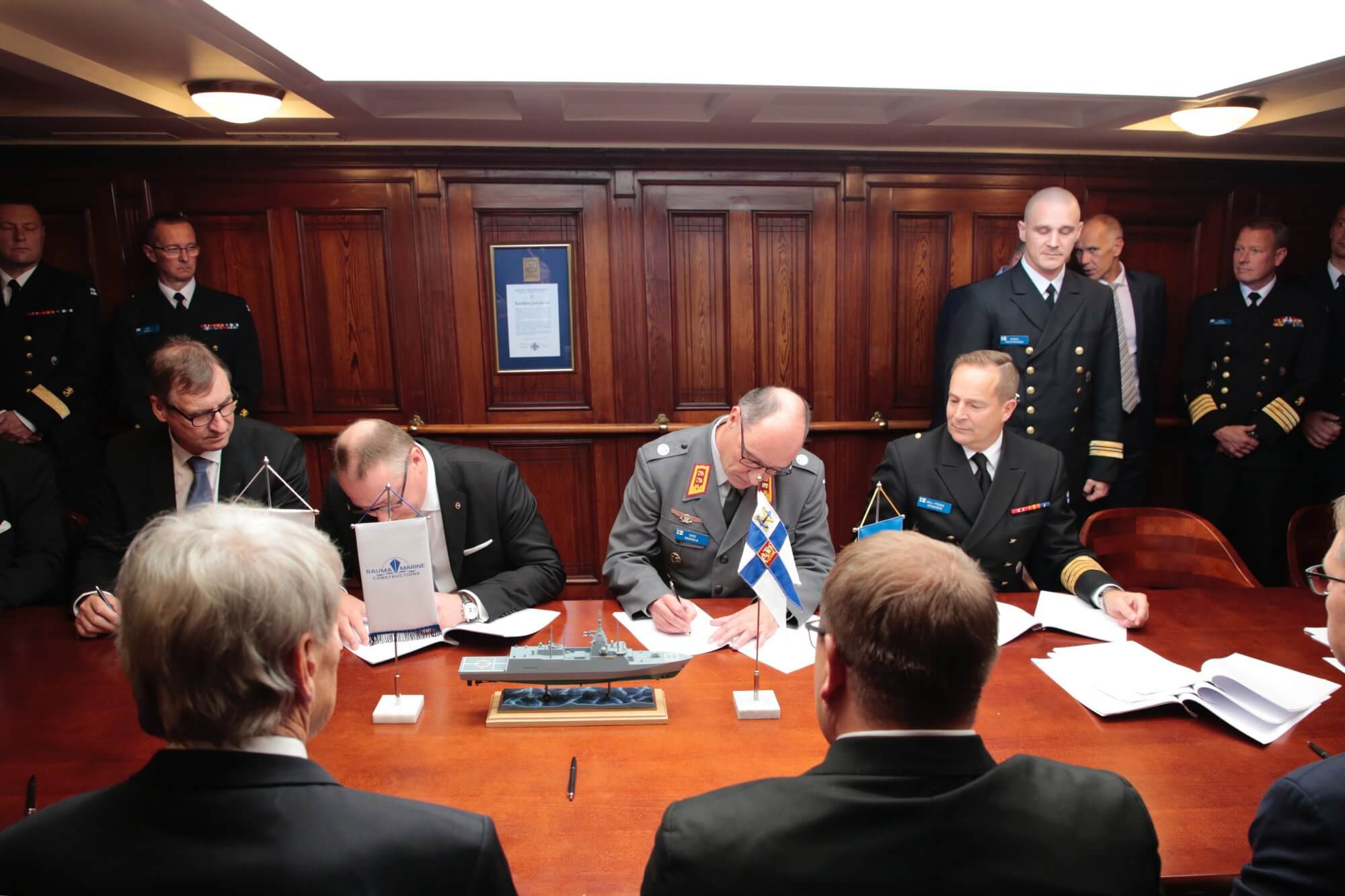 Rauma Marine Constructions (RMC) and the Finnish Defence Forces have signed the construction agreement regarding the new Pohjanmaa-class corvettes for the Finnish Navy, today, 26 September, 2019. The agreement is valued at EUR 647.6 million.

The construction agreement for the new combat vessels, which was signed in the Finnish city of Turku, includes the final design and construction of four navigable vessels for the Finnish Navy. The hulls of the Pohjanmaa-class vessels will be built by RMC’s subsidiary RMC Defence Oy. The new multipurpose corvettes will replace a large number of the Finnish Navy’s existent fleet, consisting of seven vessels. The corvettes will be capable of engaging in warfare with surface combatants and submarines, taking anti-aircraft measures and commanding maritime operations.

The agreements on the supply and integration of the combat system and the supply of propellers and propeller shafts were also signed alongside the construction agreement. The combat system will be supplied by Swedish Saab AB, and Finnish Aker Arctic Technology Oy will be responsible for the design, supply and integration of the propellers and propeller shafts. RMC will integrate the different systems into the vessels in co-operation with the system suppliers.

“The Squadron 2020 project will truly showcase the expertise within the Finnish maritime sector. RMC is proud to be able to support Finland’s naval defence and security of supply, together with our extensive partner network”, says Jyrki Heinimaa, CEO, Rauma Marine Constructions.

The design of the new fleet is already in full swing and the shipyard will start building the first corvette in 2022. The multipurpose corvettes will be delivered by 2026 and will be taken into operational use by the Finnish Navy in 2028. The procurement will have an impact on employment in Finland totalling around 3,600 person-years.