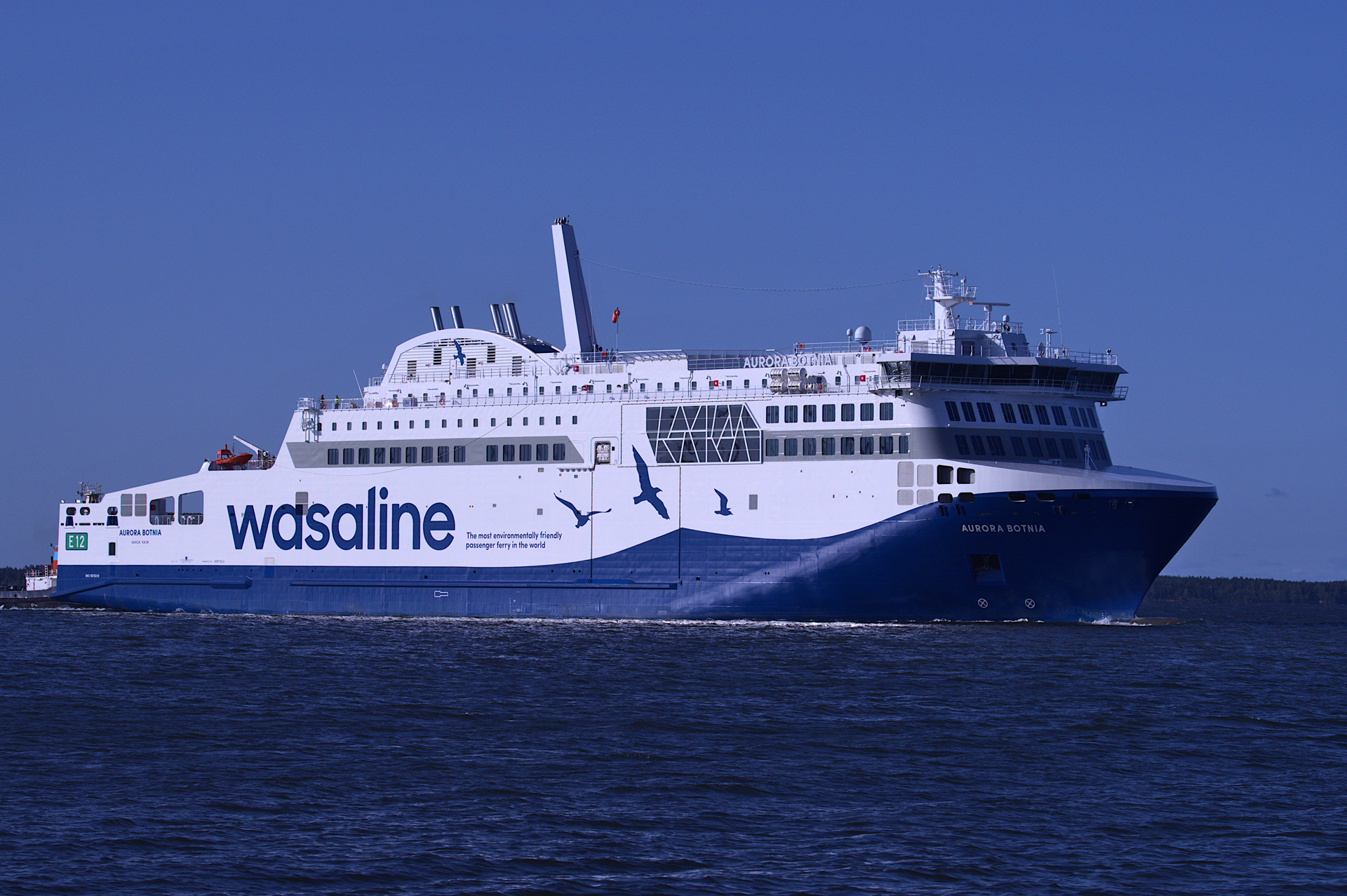 Rauma Marine Constructions’ second newbuild Aurora Botnia will be celebrated in Vaasa, Finland, today. The vessel is estimated to arrive in Vaasa around noon, and it will receive its official name at the christening event starting at 3 p.m. The world’s most environmentally friendly car and passenger ferry will operate the route between Vaasa and Umeå, Sweden, daily.

The construction of the car and passenger ferry Aurora Botnia started with ceremonies in September 2019. The next major milestone was reached in February 2020 when the ship’s keel was laid. In September 2020, launching was celebrated one year after construction began, and in June 2021 the vessel first reached the sea.

Today, 25 August, the christening of Aurora Botnia will be celebrated in Wasaline’s hometown Vaasa. The vessel will arrive in Vaasa around noon, immediately after its second test run at sea.

The project has lasted for two years, cost EUR 120 million and had an employment impact of around 800 person-years. Therefore, it has been special for both Rauma Marine Constructions (RMC) and Wasaline.

“We’ve had a wonderful opportunity to build such a magnificent vessel, which is totally unique even from a global perspective. I would like to thank the client for their excellent cooperation, which has enabled us to successfully complete the project, despite the very challenging conditions,” says Jyrki Heinimaa, CEO and President of Rauma Marine Constructions.

“I would like to thank everyone involved in this project, especially our staff, who have made this possible. We are now seeing the result of years of work and witnessing a historic day together: a ship designed for Kvarken will start operating. Aurora Botnia is the most environmentally friendly large RoPax ferry in the world, and its degree of domestic origin exceeds 80 per cent,” says Peter Ståhlberg, CEO of Wasaline.

The most environmentally friendly car and passenger ferry

Aurora Botnia is equipped with the latest environmental technology. The ship is significantly more environmentally friendly than the current requirements, which makes it the first car and passenger ferry in the world to meet the criteria of the Clean Design class notation.

Aurora Botnia can handle traffic to harbours with electricity, which reduces both emissions and noise generated. The ship’s sulphur, nitrogen and carbon dioxide emissions are reduced, for example, by main machines that operate primarily with liquefied natural gas (LNG).

Special attention has been paid to future fuels in the design of the vessel. Aurora Botnia is also able to utilise biogas as its fuel, which is considered one of the most realistic alternative fuels in the near future.

“It is of paramount importance for both the customer and the environment to build ships that stand the test of time. The ships we build today must also be able to operate in decades’ time without massive modifications or, at worst, scrapping. Aurora Botnia’s ability to utilise biogas is one way to meet this challenge,” says Heinimaa.

You can watch a live broadcast of the celebration in Vaasa today on Wasaline’s website at  www.wasaline.com. The live stream will begin 3 p.m. The ship will embark on its maiden voyage on Saturday, 28 August 2021.

Aurora Botnia in a nutshell: