What does the next generation of icebreakers look like – and what does it take to build them? 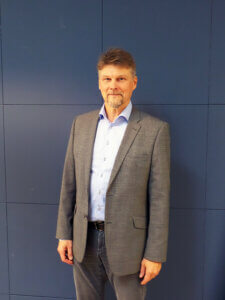 Most of Finnish and Swedish icebreakers are aging, and their useful life is coming to an end. There are too few icebreakers, the vessels are too small and their emissions too high. Therefore, the two countries are planning for a joint procurement of next-generation icebreakers. Although the decisions to build them is yet to be made, the Swedish Maritime Administration has already made preliminary inquiries about whether RMC would be interested in building the vessels.

When it comes to import and export, Finland is like an island. Sea lanes are vital to the country. In 2020, more than 83 per cent of imported and exported goods were transported by sea. Our most important export country is Sweden, our western neighbour, and out of the 6.3 million tonnes of goods exported there, 5.2 million was transported by ship. It is clear that the sea lanes in the Baltic Sea area must stay open throughout the coldest months of the year. The icebreakers now in use will not be able to handle the task in the future.

The next generation of icebreakers must respond to great expectations when it comes to performance and eco-friendliness. Their emissions must be 70 per cent lower than those of their predecessors in the Urho and Atle class, they must be able to break a 32-metre-wide channel in the ice, endure tough conditions that are becoming even more severe, and operate for up to 50 years.

To be able to build such icebreakers, a shipyard must have know-how in arctic shipbuilding and the ability to implement new technology and innovations in a way that increases the icebreaking capabilities of the vessels while cutting emissions to a fraction. Moreover, previous experience from public-sector procurements plays an important role: knowing the process and necessary preparations makes collaboration between the buyer and builder smoother.

RMC’s vessels are not produced in series. They are novel and technically advanced, state-of-the-art products tailored to the buyer’s needs. When it comes to technology development projects and future innovations, RMC works in close cooperation with universities, equipment suppliers and other partners.

This kind of competence will be key in building the next generation of icebreakers.

RMC has plenty of experience in building vessels for challenging weather conditions. The company has been operating the Rauma shipyard from 2014, and in these seven years, it has, for example, upgraded the operative capabilities of icebreaker Otso, done a general overhaul and modernisation of research vessel Aranda, and built two car and passenger ferries: Hammershus, completed in 2018, and Aurora Botnia, completed in 2021. The strong RMC order book shows that the industry trusts RMC’s competence. The shipyard is currently building a new car and passenger ferry for Tallink as well as designing two car and passenger ferries for an operator in Tasmania and four multipurpose corvettes for the Finnish Navy. The corvettes must also be able to perform in challenging weather, sea and ice conditions around the year.

A great portion of the shipyard’s personnel have an impressive track record from working at RMC’s predecessors at the Rauma shipyard. Various companies operated the shipyard from 1992 to 2014, and their commercial vessel projects total more than 30. In addition, nearly all of the Finnish government’s multipurpose icebreakers, larger patrol  and naval vessels have been built and serviced at the Rauma shipyard.

The driving power must be future-proof

The long lifespan of new icebreakers poses a significant challenge to shipbuilding. Questions of driving power and emissions will change in fifty years, and they will be difficult to anticipate. However, decisions must be made now so current emission reduction goals can be achieved.

Bio-based fuels and battery technology are the solutions considered to have the most potential for the near future. These are also used in Aurora Botnia, which the Rauma shipyard completed recently: in addition to electricity and liquefied natural gas (LNG), it can use locally produced biogas (LBG) or synthetic methane (SNG), which can be produced with renewable energy. Aurora Botnia is the most environmentally friendly vessel in its category, and its emissions have been calculated to be 50 per cent lower than those of its predecessor, built in 1981.

Although the fuel of the future is not yet set in stone, it is clear that vessels operating shorter distances and in coastal waters will use fuels that are locally produced. Whether they are ferries for Tasmanian waters or icebreakers for arctic conditions, next-generation vessels will create local demand, which will yield returns for investments in energy production and create a local cash flow in the area. At the same time, the need to transport fossil energy will decrease significantly.

The icebreaker project has potential for developing cutting-edge technology

Public procurements have always been spearheads for industrial development and success in Finland and Sweden. Likewise, the procurement of new icebreakers offers an opportunity to develop new technologies and the maritime industry cluster.

A joint project between Finland and Sweden would restore the role of the two countries’ maritime clusters as global leaders in arctic expertise. Moreover, it would safeguard national security of supply in terms of export and import by sea. All necessary competence and technology can be found in the Nordics.

Nonetheless, before the vessels can be built, the Finnish and Swedish governments must work together and make creative decisions to ensure that the project can be carried out in a cost-effective way while promoting environmentally sustainable seafaring.