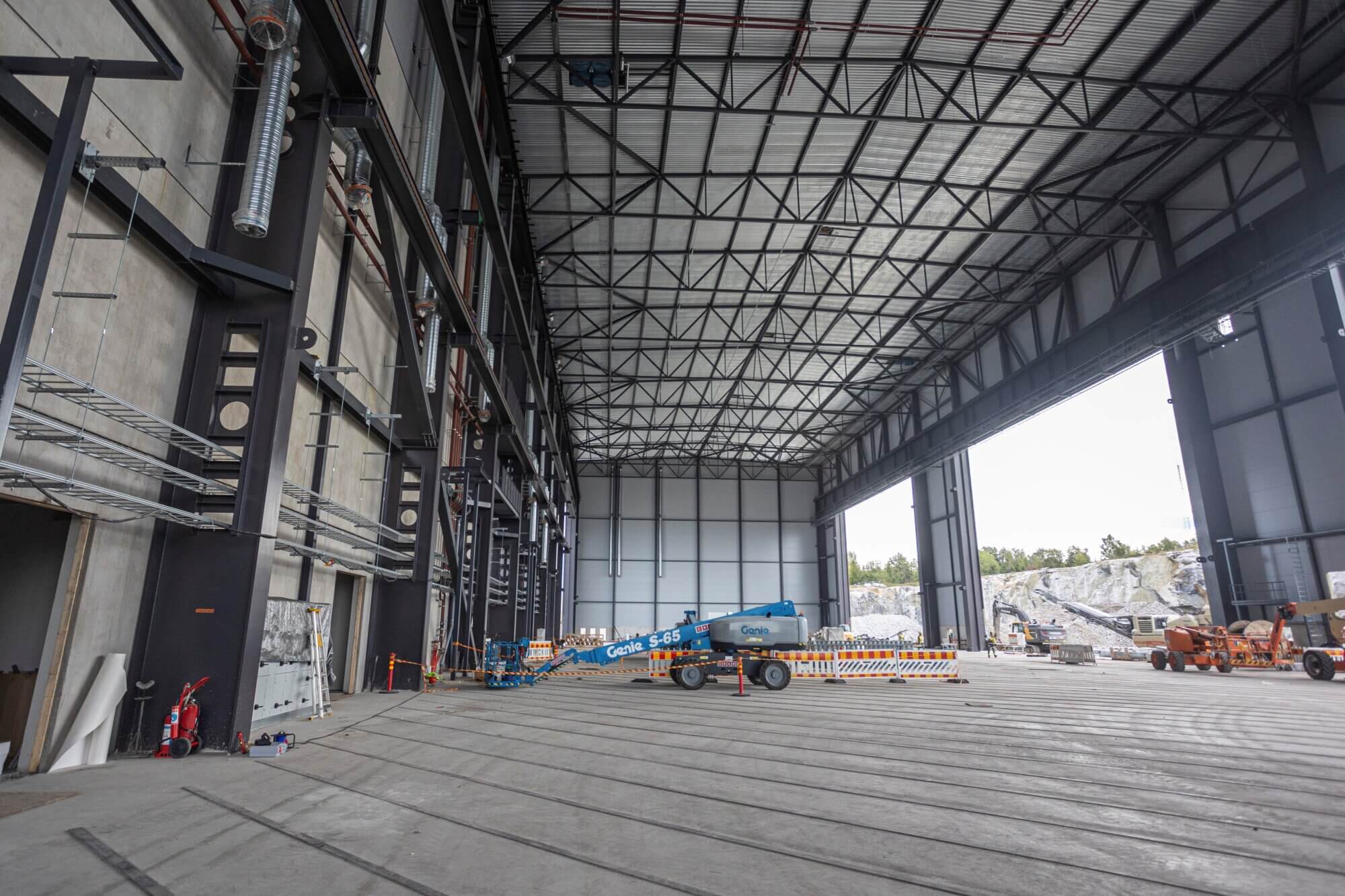 The hall is constructed by a real estate company owned by RMC and the City of Rauma. RMC will become the hall’s long-time tenant. The head contractor of the construction project is SRV.

When completed, the hall will be 186 metres long, 44 metres wide and 32 metres high. The gross capacity of the hall will be 226,000 cubic metres and it will be one of the largest industrial buildings in Rauma. Its total cost is approximately EUR 26 million.

“The construction of the hall has proceeded smoothly. We’re very happy about this because the Squadron 2020 project is extremely important to the shipyard, the marine industry in Rauma, and the whole country. The construction of the multirole corvettes employs shipbuilding professionals working in various positions, and the total impact on employment is 3,600 person-years. Moreover, it is important that we can use modern facilities to ensure the success of the project,” says Mika Laurilehto, the interim CEO of RMC.

“The project is implemented in a lifecycle-wise manner, considering energy efficiency and the many different demands of the future. Collaboration with the buyer has been smooth, and the skilful professionals working at the construction site have made sure the project proceeds seamlessly while carrying out the special solutions required in this project. For example, the three ventilation units were exceptionally built and fully equipped at the vendor’s premises. The units were then lifted onto the roof of the construction hall and connected to the building’s equipment,” says Eerik Leivo, project manager at SRV.

RMC is investing in technological development

RMC is fully Finnish-owned, and its order book has grown to be worth EUR 1 billion. Rauma shipyard has a long history of building government vessels. For the past years, the shipyard has also seen the construction of several commercial vessels that have been forerunners in technology, such as the internationally acclaimed car and passenger ferry Aurora Botnia, which began sailing between Vaasa, Finland, and Umeå, Sweden, last year.

RMC is continuously developing its operations and is investing in the shipyard’s improvement. In addition to the construction hall, RMC has made significant investments in, for example, steel production for the Squadron 2020 project. The steelwork for the section prototype of the vessels is already underway. The multipurpose construction hall can also be used for other projects in the future.