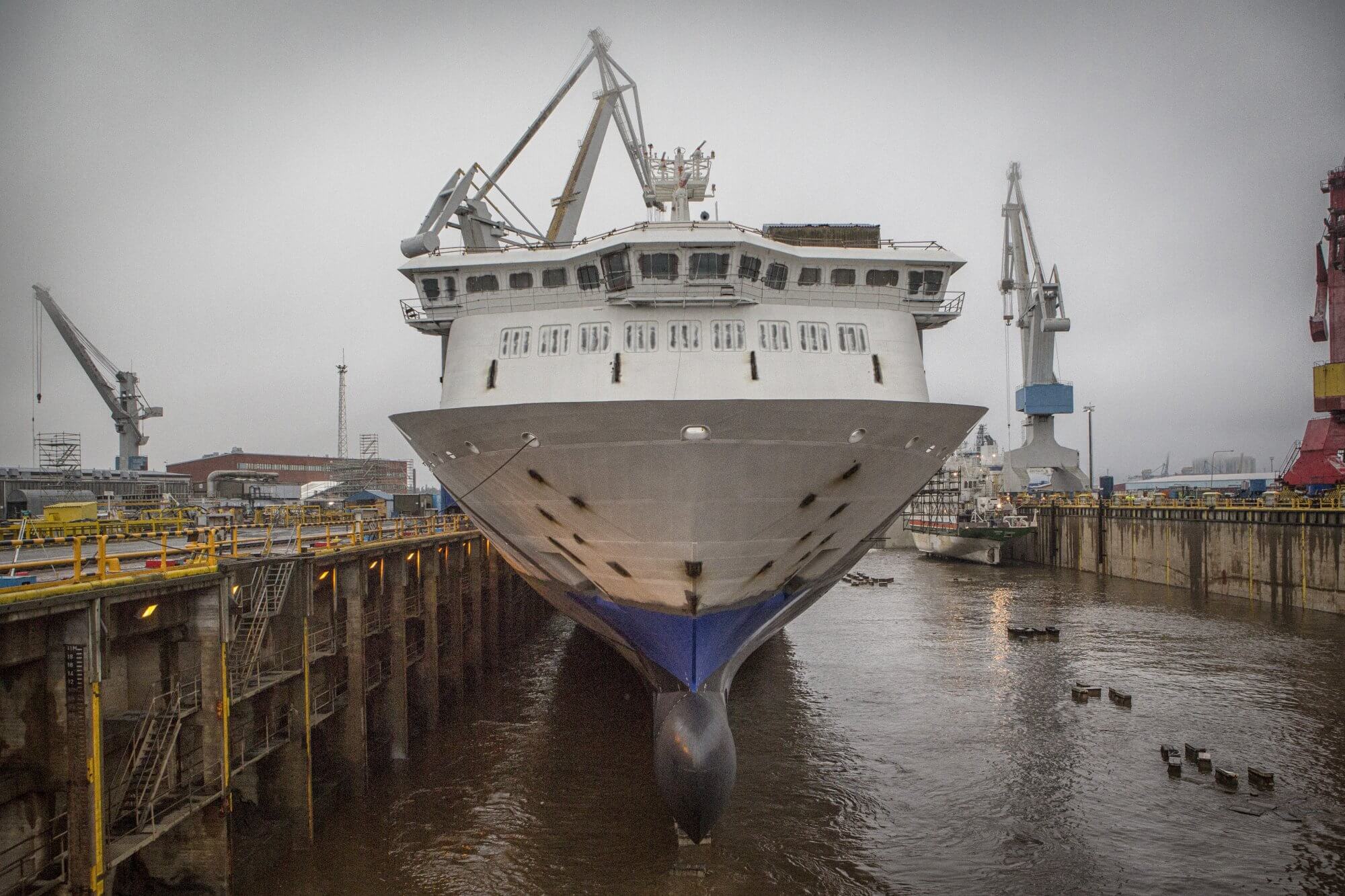 Finnish shipbuilding company, Rauma Marine Constructions (RMC), has today launched its first newbuilding order; a car and passenger ferry for Danish shipping company, Molslinjen. The 158-meter ferry was launched from the Rauma shipyard and is scheduled for delivery in June 2018.

Rauma Marine Constructions’ first shipbuilding order, a 158-meter car and passenger ferry for Danish ferry operator Molslinjen, was launched today from the Rauma shipyard. In March 2017, the construction of the ship started, ahead of schedule, and construction has progressed as planned.

“This is the launch of RMC’s first newbuilding order, and a significant milestone in our company’s history. It is with great pride that we launch the vessel today,” states Jyrki Heinimaa, CEO, Rauma Marine Constructions.

The exterior of the ferry has already been completed. After the launch, the ship will be relocated to a dry-dock for equipment assembly and interior work, followed by trial runs and commissioning. The ship will be delivered to Molslinjen by the end of June 2018.

Construction according to schedule from start to finish

The car and passenger ferry will start operating during autumn 2018. The ship will mostly operate in Denmark and has been designed for use mainly on the Køge (Sjælland) – Rønne (Bornholm) route. However, during summer, it will also operate between Rønne and Sassnitz, Germany.

The ship’s passenger capacity is over 700 people, and it will be able to accommodate around 90 freight trailers. Though the cargo will mainly consist of trucks, the ship can also transport hundreds of passenger cars, if needed.

The ship will be built entirely in Rauma and will have a positive impact on employment totaling around 1,000 person-years. During next spring, there will be approximately 300 employees working on the ship’s equipment outfitting. Rauma Marine Constructions is very satisfied with how the project has progressed.

“Production has been excellent throughout: the ship will be delivered according to schedule and cooperation with Molslinjen has been impeccable,” says Timo Kaskinen, VP, Projects, Rauma Marine Constructions.

Modernization of Aranda progressing as planned

In addition to the launch of the car and passenger ferry for Molslinjen, the Finnish Environment Institute’s (SYKE) marine research vessel ‘Aranda’ was also launched at the Rauma shipyard. The repairs, which involved a seven-meter extension to the vessel, have been completed and the vessel will enter the final outfitting phase next.

The purpose of Aranda’s refurbishment and modernisation is to ensure the ship’s ability to function until the 2030s, while reducing its environmental impact and operating costs. The additional meters will not only facilitate the expansion of research and laboratory spaces, but also the transition to a completely electronic power transmission in accordance with new research requirements. The vessel will be delivered back to SYKE according to schedule during spring 2018.