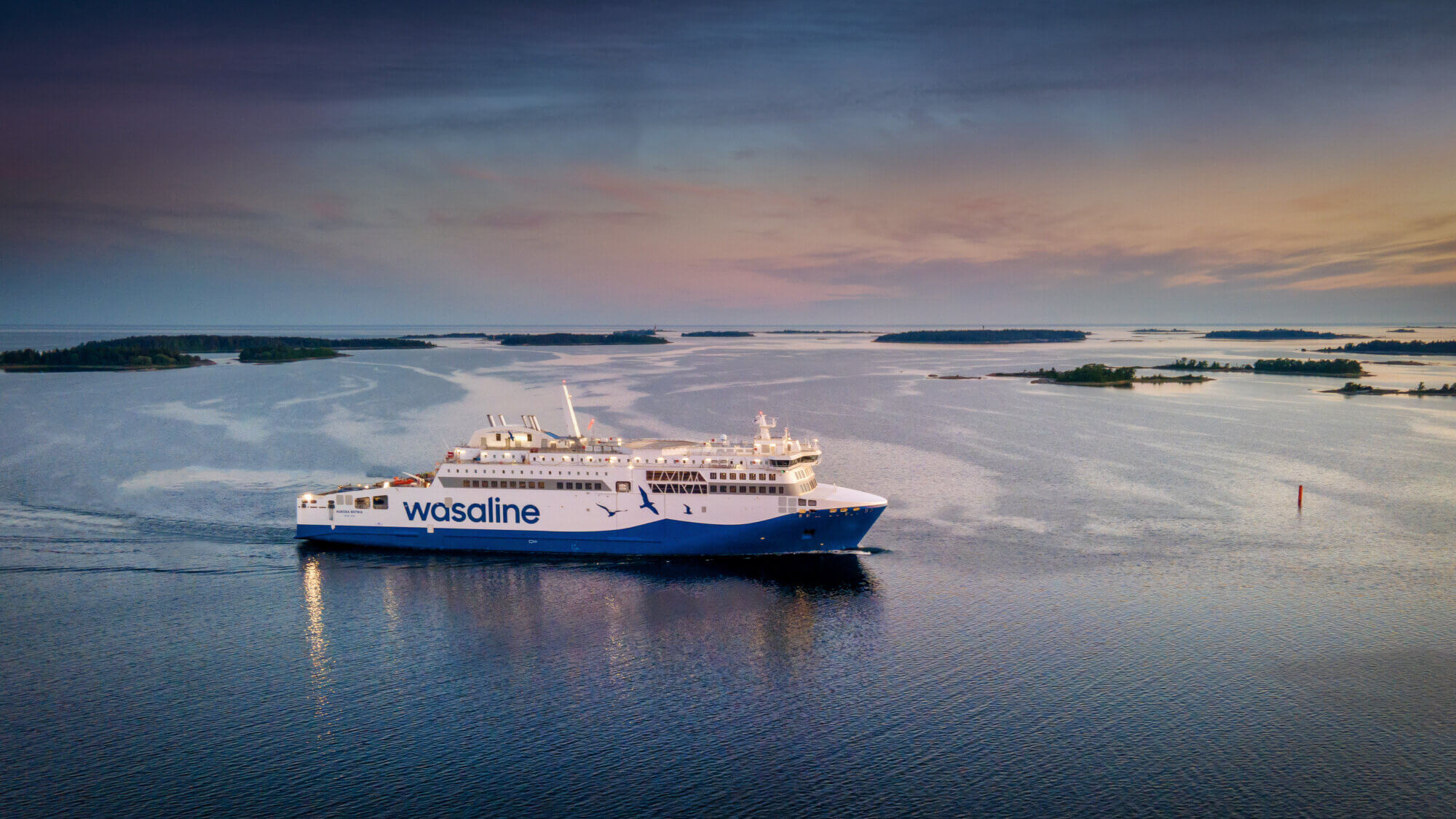 The car and passenger ferry Aurora Botnia is nearing the end of the construction phase at Rauma Marine Constructions’ shipyard. The ferry, which will operate on the route between the Finnish city of Vaasa and the Swedish city of Umeå, completed its first sea trial last weekend. The three-day sea trial was conducted with strict safety measures in place due to the coronavirus pandemic. Only essential experts from RMC, Wasaline, and the equipment manufacturers attended the trial.

The sea trial represents a major milestone in the shipbuilding process to both RMC and Wasaline.

“This was definitely a highlight for us, a culmination of several years of effort. We were able to meet the expectations of our work, ensuring that the ship we built can operate as intended,” says Johanna Kaijo, Project Manager for Aurora Botnia at Rauma Marine Constructions.

“The event was important to Wasaline, too, as we had the opportunity to get to know our new ship and its operations in marine conditions for the first time with the project’s key personnel,” says Peter Ståhlberg, Managing Director of Wasaline.

Performance and environmental sustainability under review

The sea trial was conducted to assess the performance of the vessel, which will be the world’s most environmentally friendly passenger car ferry when completed. The ship’s equipment were adjusted to operate as efficiently and economically as possible.

“We adjusted the power plant and tested the ship’s speed, propulsion and steering, among other things, during the sea trials. We ran the ship’s fuel-efficient main engines with different settings and fine-tuned the automation to further improve the vessel’s environmental sustainability. In addition, we were able to ensure in practice that the ship’s design meets the strict criteria of the Clean Design class notation,” Kaijo summarises.

Both RMC and Wasaline consider the first sea trial a success.

“The ship performed well, meeting the requirements set for it. It was a pleasure to witness the successful outcome of years of work,” says Kaijo, with Ståhlberg concurring.

A model example of a new generation car and passenger ferry

Aurora Botnia will be the first car and passenger ferry in the world with a Clean Design class notation. In practice, this means that the ship has been designed and built to significantly exceed the requirements of the MARPOL Convention for the prevention of pollution from ships.

The ship’s main engines operate primarily on low emission liquefied natural gas, which reduces sulphur, nitrogen and carbon dioxide emissions. In the future, the ship can be powered by biogas. In addition to the fuel solution, Aurora Botnia has an electric power system that can be used when operating to and from ports.

“Our goal is to be a pioneer in environmentally sustainable technology in shipbuilding. Our ship for Wasaline is a prime example of what we can achieve by combining years of experience from building dozens of previous ships with the latest innovations. We are grateful to the customer for the opportunity to build such a great vessel,” says Jyrki Heinimaa, CEO and President of Rauma Marine Constructions.

“We are very pleased to leverage RMC’s shipbuilding expertise. We want to be one of the most environmentally sustainable shipping companies, and Aurora Botnia is the most significant concrete step towards this goal,” says Ståhlberg.

Preparations are underway for the handover of Aurora Botnia in Vaasa, Finland. The date of the handover, the maiden voyage and the start of ticket sales will be announced next week.

In the photo Aurora Botnia pictured in the archipelago during the sea trials. Photo: Sammeli Korhonen