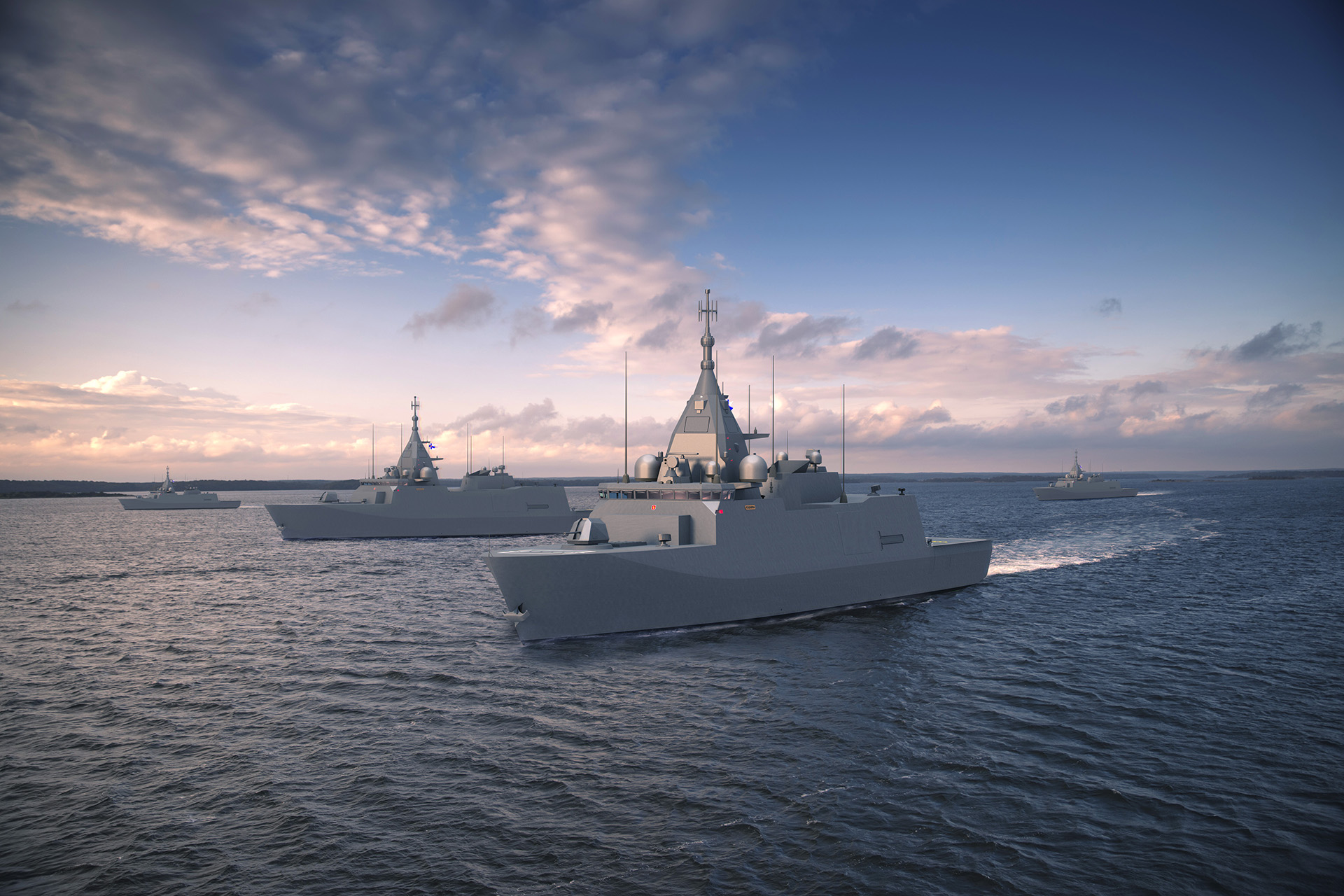 Four new multipurpose corvettes for the Finnish Navy will be constructed at Rauma shipyard. The design phase will resume with immediate effect and construction of the first vessel will start at the shipyard in 2022. The Finnish Government approved the procurement, valued at approximately EUR 700 million, today, September 19, 2019. Rauma Marine Constructions Oy and the Finnish Defence Forces will formally sign the agreement for the construction of the multipurpose corvettes on September 26, 2019. CEO Jyrki Heinimaa is pleased that Rauma’s long traditions of building Finnish naval ships will continue.

Rauma Marine Constructions Oy and the Finnish Defence Forces have come to an agreement regarding the construction of the new fleet of four multipurpose corvettes for the Finnish Navy. The Squadron 2020 project will replace a large number of the Finnish Navy’s existent fleet, consisting of seven vessels. The Finnish Government approved the procurement contract today, September 19, 2019. The two parties will formally sign the construction agreement on September 26. The combat system, including weapons and sensors, will be provided by Saab, accompanied by necessary design and installation services by RMC.

The multipurpose corvettes will be delivered by 2026 and will be taken into operational use by the Finnish Navy in 2028. The procurement will have a considerable impact on employment, totalling around 3,600 person-years.

“This agreement is significant not only for its effect on local employment and businesses, but also on a national level, since at peak time, the project will employ some 1,000 people. Rauma Marine Constructions is a wholly Finnish-owned shipbuilding company, which continues the city of Rauma’s longstanding traditions of supplying combat vessels for the Finnish Defence Forces. Through this agreement, Finland will once again have a domestically built fleet, which supports our country’s security of supply”, says Jyrki Heinimaa, CEO, Rauma Marine Constructions.

Furthermore, according to Heinimaa, the project is also vital in strengthening the Finnish maritime industry and research conducted within the industry. RMC has, among other things, invested in production methods for light steel structures for the vessels and the agreement will also include new development and research projects.

“Projects such as Squadron 2020 enable new innovations and technology solutions to be utilised in a broader spectrum within Finnish shipbuilding”, adds Heinimaa.

Due to its strong order book, the shipyard is able to take a leading role in domestic maritime development projects. A good example is the ongoing construction of the new car and passenger ferry for Kvarken Link, which thanks to an array of innovative solutions, is the world’s first car and passenger ferry to be awarded the Clean Design certificate.

During the process of constructing the vessels, the shipyard will also develop the readiness to provide life-cycle services for the vessels following their delivery to the navy.

Ability to accommodate both combat vessels and civilian vessels

The Finnish Defence Forces is an important partner of RMC. In addition, the company’s order book of commercial civilian projects has also grown exponentially, and the company is profitable and has displayed strong growth. The agreement with the Finnish Defence Forces will bring RMC’s order book to over EUR 1 billion and create a positive impact on employment until the year 2026. The work will continue after the delivery as well, through the life-cycle services provided for the vessels.

Due to security reasons the corvettes and the commercial vessels will be built in separate locations at the shipyard. A new car and passenger ferry for the Vaasa-Uumaja route is currently under construction at the shipyard, as well as the planning of the Shuttle ferry for Tallink. RMC also announced its extended cooperation with the Meyer Turku shipyard. The cooperation has included construction blocks for cruise ships for the Turku-based shipyard and is now continuing, with RMC acquiring a licence to use the planning materials of the Shuttle’s sister ship, MS Megastar, from Meyer Turku. The materials will be used in planning the new ferry.

“Our shipyard is well equipped to handle the construction of both the civil and the governmental vessels simultaneously, which has also been successfully done in the past at Rauma shipyard. The Squadron 2020 project will naturally have its separate security arrangements and the construction is fully separated from the commercial civilian shipbuilding also through internal organisational arrangements”, notes Heinimaa.

As part of the project, the owners of RMC and the Finnish Defence Forces will also sign an agreement. The owners are committed to the project.

“We are happy that our owners have been behind this project since the beginning”, says Mikko Niini, chairman of the board at RMC.