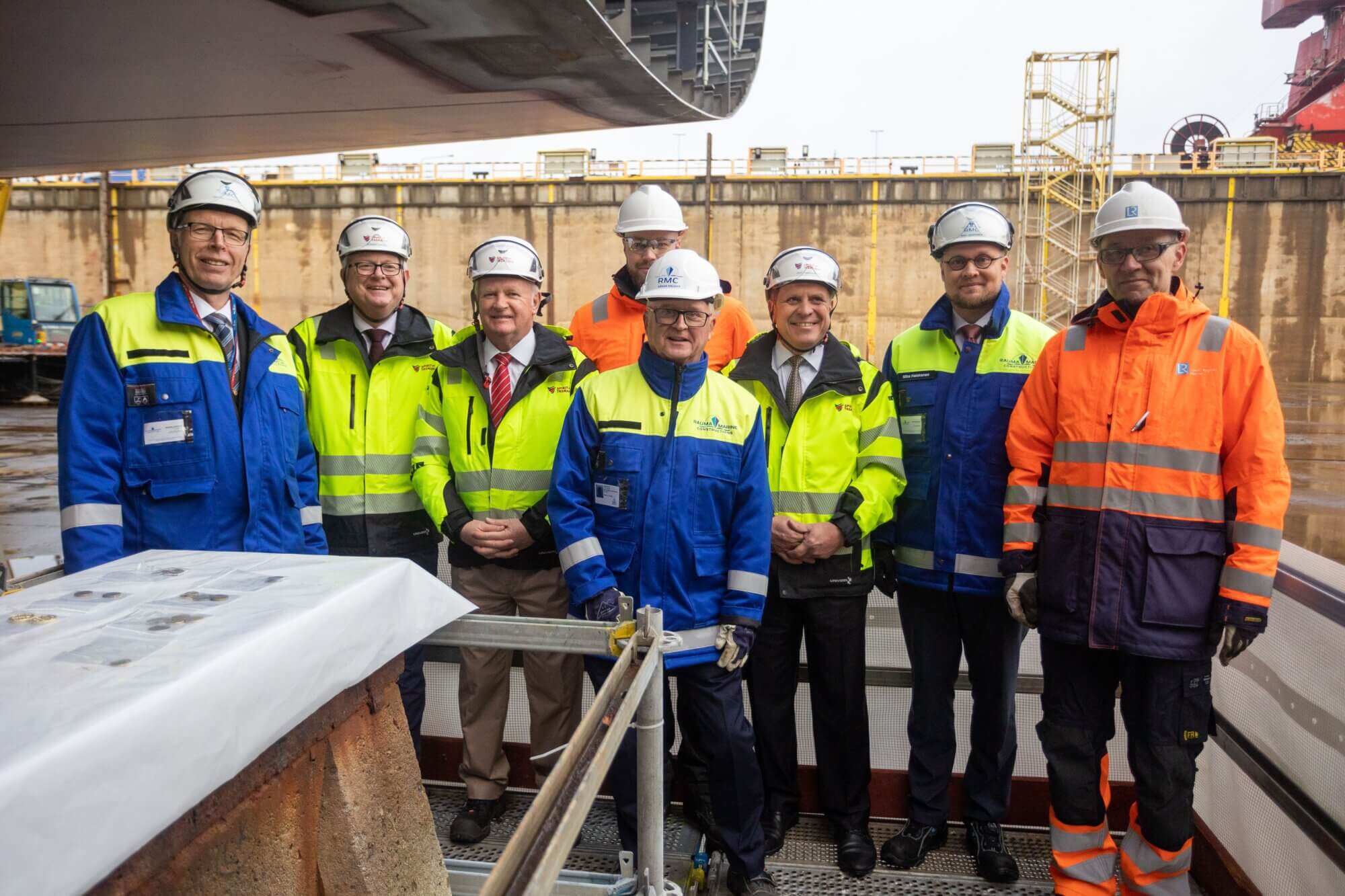 Today, Rauma shipyard celebrated the keel laying ceremony of Spirit of Tasmania IV, a vessel being built for the Tasmanian TT-Line Company.

A significant player in maritime transport between mainland Australia and Tasmania, TT-Line has commissioned two identical Spirit of Tasmania vessels from RMC. The large-scale project is the biggest individual foreign sale between Australia and Finland. The project will create a total of around 3,500 person-years’ worth of employment at the Rauma shipyard.

”Despite the Covid-19 pandemic and the war in Ukraine, the design and production of the Spirit of Tasmania vessels have proceeded according to the agreed schedule. The keel laying of the project’s first vessel is a wonderful demonstration of this. The good progression of the project is also a sign of a strong next year. We expect our turnover to grow significantly in 2023”, says Mika Heiskanen, CEO of RMC.

Spirit of Tasmania CEO and Managing Director Bernard Dwyer says it is an exciting time for the company.

“This keel laying ceremony is another important milestone for the project that takes us one step closer to having new vessels crossing Bass Strait. We’re excited to join our partners RMC for the occasion and celebrate the build for Spirit of Tasmania IV tracking on time for delivery in the first quarter of 2024.”

“The arrival of the two new ferries in Australia in 2024 will be a significant moment for the company,” Dwyer says.

“Forty per cent larger than the current vessels, the investment we are making in these vessels is a once in a generation event that will deliver important benefits to Tasmania’s visitor economy and the broader economy.”

The keel of the vessel weighs 230 metric tons

The traditional keel laying ceremony celebrates the official first step in the ship’s construction, marking in effect the birth of the ship. The keel of a ship is lowered into the construction dock, and customary lucky coins are placed under it. Spirit of Tasmania’s massive L-222 keel weighs approximately 230 metric tons.

Currently, the Spirit of Tasmania-named vessels carry around 450,000 passengers each year. The new vessels will operate on an extremely challenging route across the Bass Strait between Geelong, Victoria, and Devonport, Tasmania. The ferries have been specially designed to undertake this specific route.

The vessels will hold 1,800 passengers each and their gross tonnage will be approximately 48,000 metric tons. The new vessels will replace the Finnish-built sister ships from the 1990s.

Construction of the first vessel will be completed at the start of 2024 and the second in late 2024.