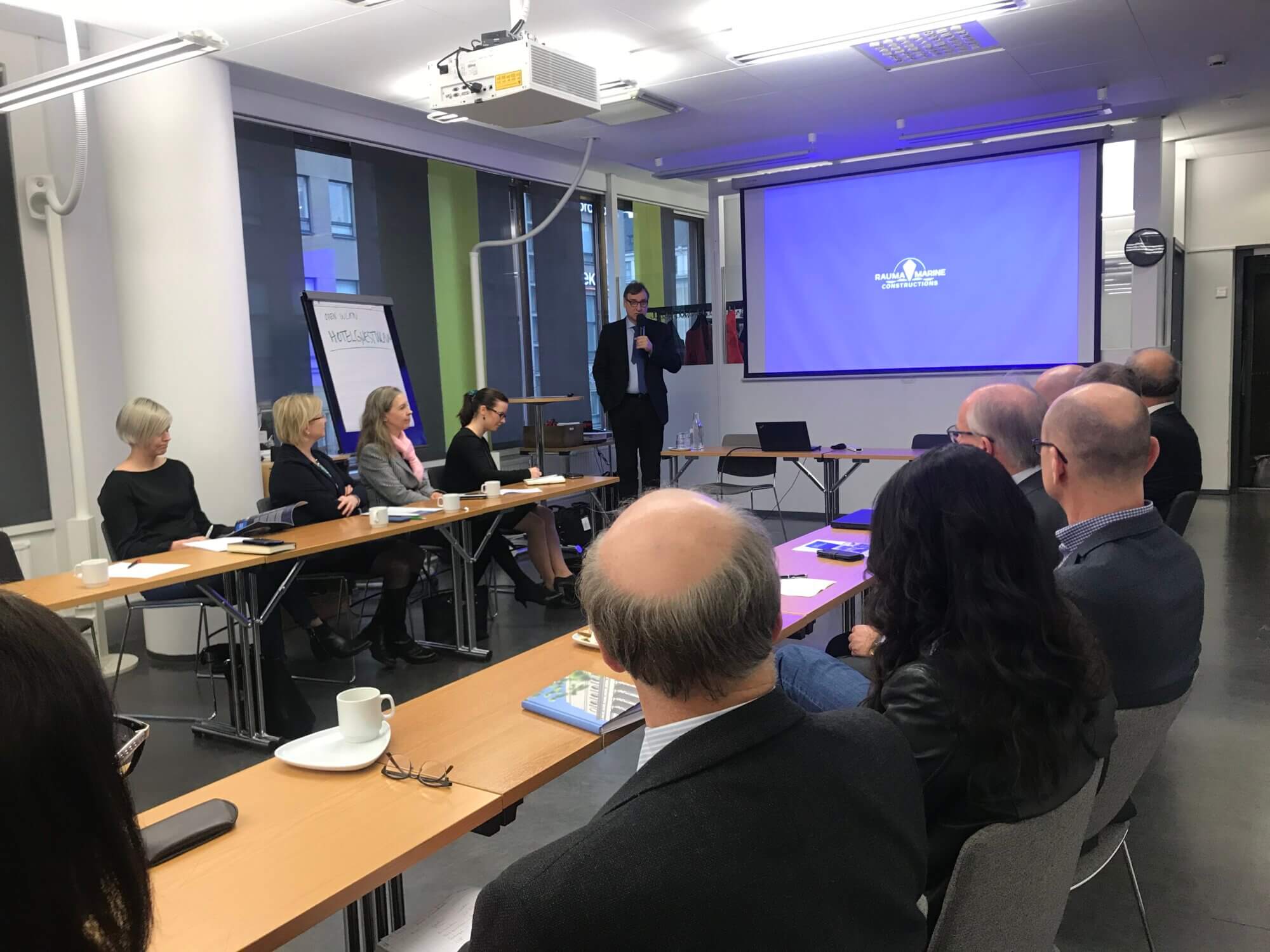 For RMC, the 2020s will be a decade of RoPax ferries and government vessels – and perhaps even Finland and Sweden’s new icebreakers

Rauma Marine Constructions’ (RMC) order book surpassed EUR 1 billion in 2019. The Finnish marine industry is doing well: revenue increased by nearly 10% in 2018. The Rauma shipyard is currently constructing car and passenger ferries, and government vessels, but the shipyard might also become involved in the renewing of the fleet of icebreakers operating in the Gulf of Bothnia. One option for renewing the fleet would be a joint effort between Finland and Sweden, as the two countries share the sea-lanes where ice needs to be broken for winter navigation.

Business is booming at the Rauma shipyard. According to Timo Suistio, Deputy CEO, RMC, the 2020s will be a decade of car and passenger (RoPax) ferries and government vessels.

Furthermore, Finland and Sweden’s potential joint effort to replace the icebreakers operating in the Gulf of Bothnia was discussed at a seminar on current affairs organised by RMC for its stakeholders on Tuesday, 3 March.

“The production status at the Rauma shipyard would enable us to build icebreakers for Finland and Sweden. I see this as a big opportunity to develop the Finnish Maritime Cluster, especially in terms of innovation,” says Suistio.

Icebreakers could be replaced in cooperation with Sweden

Innovativeness is the Finnish marine industry’s best asset in international markets. The industry’s targets for reducing carbon emissions, for example, has created a high demand for innovative thinking.

“There are 14 environmentally-friendly vessels under construction in Finland. This trend will grow globally as well, which will create an abundance of opportunities for us,” says Tiina Tuurnala, CEO, Finnish Shipowners’ Association.

Sweden is now planning to renew its fleet of icebreakers. In Sweden, it is thought that the new vessels must meet the strict climate targets set for the 2050s. However, there are currently no existing solutions for such vessels that could help reach these future emission targets.

“We need to develop new solutions. In Finland, public procurements have always been spearheads for industrial innovations and success,” states Mikko Niini, Chairman of the Board, RMC.

Niini underscores the need for cooperation between Finland and Sweden in procuring new icebreakers because the two countries have already agreed to cooperate in matters related to icebreaking. The countries made the agreement in the 1970s, when they decided to maintain fairways free of ice to enable winter navigation in the Bay of Bothnia.

“Sweden is already moving ahead with its icebreaker project. It’s time for Finland to plan and decide on the key players and the schedule for the procurement. The Rauma shipyard is fully prepared to lead the icebreaker project and carry it out together with our network,” says Niini.

According to Tapio Karvonen, Senior Researcher at the University of Turku’s Brahea Centre, the Finnish Maritime Cluster’s key figures for 2018 reveal that the marine industry is booming. The Maritime Cluster’s revenue surpassed EUR 14 billion in 2018.

“We don’t have the numbers for 2019 yet, but the strong growth suggests that the revenue will exceed EUR 15 billion,” adds Karvonen.

Most of the Maritime Cluster’s revenue was generated by marine industry players, whose total revenue was slightly above EUR 9 billion. The marine industry grew 9.8% from 2017. With an average of 30% growth, the seven largest shipyards in Finland grew even faster.

“Shipyards and other marine industry players have a remarkable economic impact on Finland in terms of both revenue and employment. The impact has grown fast in recent years, and the growth continues. Moreover, this is not just a regional phenomenon, but the impact can be seen across the country,” says Karvonen.