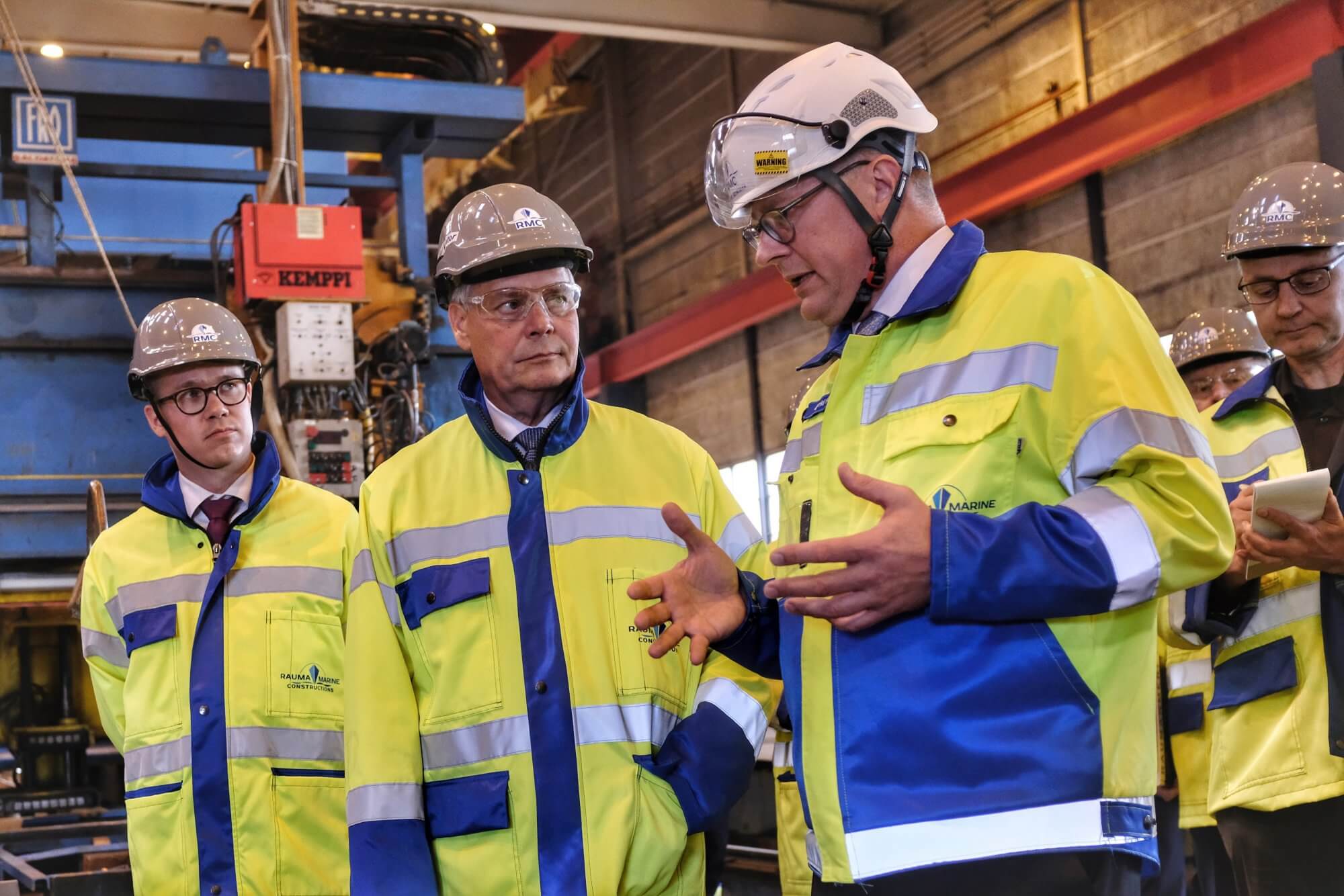 Finnish Prime Minister Antti Rinne and his delegation visited Rauma Marine Constructions (RMC) at the Rauma shipyard on Friday, 9 August, 2019. The honorary guests visited, among other places, the shipyard’s ship block factory, where cruise ship blocks for Turku-based shipyard Meyer Turku are currently being constructed. During the visit, Jyrki Heinimaa, CEO of RMC, reminded the guests of the importance of cooperation within the Finnish maritime industry and the benefits it brings for both the parties involved, as well as for the country as a whole.

“We are very pleased to welcome Prime Minister Rinne as our guest to the shipyard. We have some busy but exciting times ahead of us, with planning the design of both the new Shuttle ferry for Tallink, as well as the Vaasa-Umeå ferry for Wasaline. We are happy to showcase the rise of the shipyard also in practice to our honorary guests,” said Jyrki Heinimaa, CEO, Rauma Marine Constructions.

Building ship blocks for Turku-based shipyard Meyer Turku’s upcoming cruise ship, Costa Smeralda, has also kept RMC busy during the summer. According to Heinimaa, cooperation remains a vital success factor for the Finnish maritime industry, with the maritime cluster being a significant source of employment, especially in the south west region of Finland. The construction of the car and passenger ferry for Wasaline will commence in mid-September and the construction of the ferry for Tallink in March 2020.

During his visit, Prime Minister Rinne expressed his contentment with the growing Finnish maritime industry and the positive outlook for the industry.

“I am pleased with the visit and what I have seen here at RMC today. It has been great to witness that shipbuilding is definitely not an industry in decline,” Prime Minister Rinne stated at the end of his visit.

In addition to the Prime Minister, the honorary guests included the Mayor of the city of Rauma, Kari Koski, the chairman of the city government, Kalle Leppikorpi, the Region Mayor of the Satakunta region, Asko Aro-Heinilä, and Member of Parliament, Kristiina Salonen.